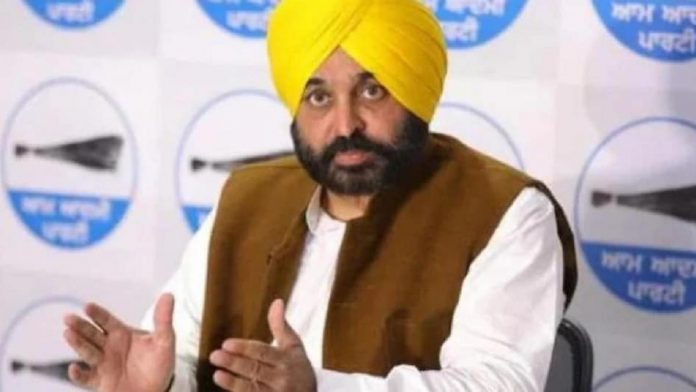 Punjab CM Bhagwant Mann has given the reaction of the people of his village in the matter of getting down from Lufthansa Airlines in Germany. People have said, “No one knows what happened in the plane.” The opposition is only trying to defame Bhagwant Mann.

The villagers have told the dispute that arose while returning from Germany tour as a rumour. Former Punjab Deputy CM Sukhbir Singh Badal, Sukhpal Singh Khaira and other Congress leaders are constantly engaged in raising rhetoric on this issue. Sukhbir Singh Badal was the first to say that Bhagwant Mann was thrown off the plane due to excessive drinking.

Old friend said, there are things heard
Jassi Satawar, a resident of Satoj, the village of CM Bhagwant Singh, told Aaj Tak that he and Bhagwant Mann are old friends. Bhagwant Mann never did any such work, which would embarrass his village and Punjab. We are proud of our brother that he is working for the people of Punjab. He has pain for Punjab in his heart. He wants to do good to the people of Punjab.

But the opponents are trying to suppress him. The same is happening with the tour of Germany. No statement has been issued by the company from whose plane he was coming back to India. Neither is anyone going to tell nor any video has come out in this matter. Only heard things.

We stand with God – Villagers
Other people of the village said that all the work which the earlier governments in Punjab were not able to do in their five-year tenure, they have been done by Bhagwant Mann within six months of becoming the CM. Bhagwant Mann is giving employment to the unemployed.

Along with this, he is working day and night to solve the problems of the farmers. He is not involved in any corruption. No video of any kind has surfaced in the plane case. The opposition has no issue, so such things are being done. We stand with Bhagwant Mane.