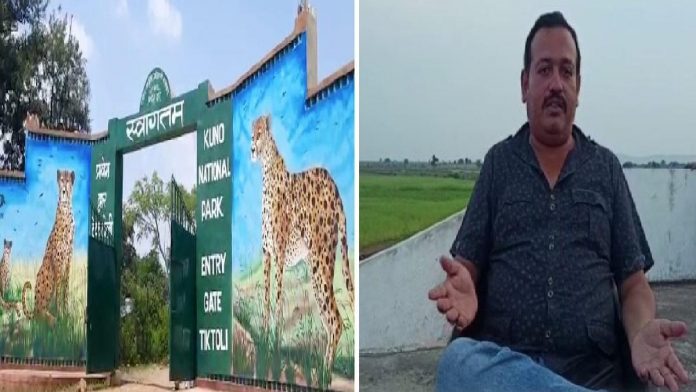 The petition was filed by Shri Gopal Dev, a member of the former princely state of Palpur, regarding the land of Kuno National Park. The petition was heard on Monday in the Vijaypur Court of Sheopur.

The issue of the acquired land of Palpur princely state for the expansion of Kuno National Park was earlier in the Gwalior High Court. Now hearing on this is going on in Vijaypur Court. The court has asked Sheopur Collector Shivam Verma to present a reply on the complaint presented under 151 by the lawyer of Shri Gopal Dev Singh, a descendant of the princely state.

In the appeal filed by a member of the former princely state, in the Kuno case, the top officials of the administration have been accused of grabbing land by bypassing the rules.

The counsel for Shri Gopal Dev has also submitted that along with his land, the forts and wells, stepwells etc. of his ancestors have also been acquired. But, he has not been compensated. In the fort there is a temple and place of the deities of the former princely state.

did not call our land and us
Shri Gopal Dev Singh, a member of the family of the complainant Palpur princely state, says that he gave land in Kuno. However, he was not even invited to the program organized at the launch of the Cheetah project. He had given his land to bring the Babbar lion to Kuno, but the cheetah has been brought here.