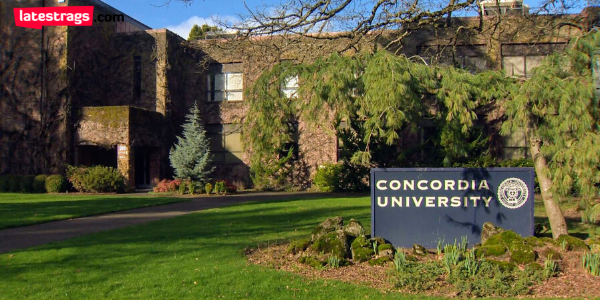 As per Interim President Tom Ries, Concordia University will close its operations from Spring term 2020. This closure announcement has left almost 5000 students & 1500 officials in shock. The university shall be closed after Graduation on April 25.

Concordia University offers 15 undergraduate degrees, graduate programs in English and management along with operating law school in Boise. With the closure of the university, all these programs shall be ended.

Few days back, the university had its fundraising dinner at the new Hyatt Regency in Portland. Over $355000 were brought in as contributions. The occasion was also marked with the announcement of “3 to PHD” initiative. Common, an acclaimed poet and educator praised the institution for its outstanding efforts. There was no sign of the closure of the university at this event.

Refunds shall be offered to all the donors who raised more than $355000 for the school. The news was confirmed by the Concordia University Foundation.

The Faubion School Building is owned by the Portland Public School District. It shall not be closed and continue to perform its operations as elementary school, confirmed the district.

For Dr. Karmin Williams, Faubion Principal wrote in a letter to families, “As sad as today’s news is, we want you to know that Concordia’s pending closing will not affect Faubion’s ability to continue to serve our students and families.”

Ries joined as Concordia’s second interim president in January. When asked about this news, he said, “I did not come here to be the bearer of this news. I came here with the intent that we would find plans to turn the situation around. But to do that would have involved so much risk it would have put the students in probably an even worse position than they are now.”

He retired last year from the post of President of Concordia University in Minnesota. He was given praises for lowering tuition and increasing enrolment.

He further added, “Trying to borrow more money when we really don’t have anybody that’s going to lend us any more money, taking a shot at trying to increase enrolment when we have limited resources to do that. Those kinds of things where you’re really rolling the dice and I think the board felt the odds were better to not do that and create even a worse situation.”

Concordia’s student count came down from 8000 to 5000 from 2016. The university has been losing money and has assets and liabilities out of balance.

The loans largely came from an agency of the Lutheran Church and after being generous for so long, the agency has denied loan.

The buildings shall be returned to the lender, the Lutheran Church Extension Fund, and Lutheran Church-Missouri Synod, after the school is shut down.

The President said Concordia University shall assist students’ transfer to other schools for next year. Faculty and other staff shall be given options in upcoming weeks.

The University will be closed after 115 years of operations which has left people sad and shaken. According to Ries, the closure is highly depressing. He adds, “Oh for goodness sakes, absolutely. There is so much grieving.”

The closure is sure to conduct 1518 layoffs as per the Office of Workforce Investments and the Higher Education Coordinating Commission.

What is Java Burn? How Does Java Burn Boost Energy and Health?

What is Exipure? How Does Exipure Work for Weight Loss?