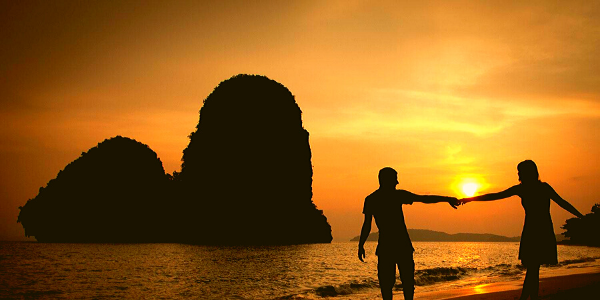 Finding your soulmate on online dating sites is not so corny thing nowadays. Choosing whether to pay for the same or not is the next thing that comes in mind. People often opt for the sites with subscriptions as prices attached to them make them look worthy of it. But the truth is that no dating app can build your relationship better than you yourself.

Things were really different before 2012 but as Tinder entered our lives, finding love became even a more complex thing. That attempt was made to give instant access to all the single individuals but the results were draining with a lot of high scale subscriptions. But with the changing times, there are many free dating sites coming into existence which can be trusted for choices.

Are Dating Sites Worth Paying?

Well Reports from Reddit and Consumer Reports state that the answer is No to this question. In fact, Consumer Reports survey concluded that free sites performed better and scored better than paid sites. The primary ground for this comparison is overall satisfaction and since the free dating sites gave better results without any cost involved, they’re a “better value.” Free dating sites too offer detailed questionnaires, bio descriptions and compatibility ratings which sort the individuals and bring you closer to the best match.

Paid subscriptions cannot guarantee your perfect match and a lesser tedious process. Everything that a paid dating site provides can be found at a free dating site with modifications. When things are similar on both types of sites, then why not opt for free dating sites? Save your money and go for your dream goals.

It is noteworthy that quite a many free sites have a greater edge on privacy and safety, requiring users to verify themselves through Facebook to increase awareness about age and first names.

Online dating is a new age trend and convincing your parents for the same can be really tough. But studies suggest that connecting with someone online can lead to a great romantic experience.

As per a study cited in 2017 in the MIT Technology Review, people who meet online dating sites prove more compatible and have quite a fair chance at getting hitched. The facts derived from these stats don’t prove any reality, but they do induce a better sense of judgement who sign up for dating sites.

People who are interested in going on a few dates with the same person and not looking for something related to benefits can opt for Hinge. This perfect free dating site has a major user base similar to that of Tinder and Bumble, but Hinge’s unique profile option and algorithm based on that criteria help build better relationships for matches.

Coffee Meets Bagel is ideal for entering the world of dating with an easy going approach.

This free dating site has a wide user base which brings in better options for you to choose. Coffee Meets Bagel is different from other dating sites and is great for people who are not outspoken and take time to approach someone. The site offers seven of its best matches (bagels) for you brought and chosen on the basis of the answer you provided.

Plenty of fish is another popular free dating site that came out in 2005 and has not got any update since then. It has been in the news for being used by fake accounts and inactive people. Despite that there are almost 90 million users using the site since the past 15 years.

People have stated their good dating experiences and discovered great match only after a careful examination of profiles.

OkCupid is one of the bests dating sites that people might have thought didn’t exist. It is ideal for people who are thoughtful and take dating seriously. OkCupid debuted in 2004, and has been redesigned in 2017. The site is growing better and has made provisions for its users not being ended up with uninterested people.

HER, is an award-winning site and app made for lesbians.