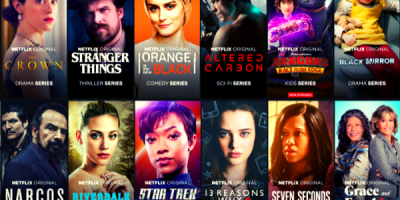 Want to Binge Watch something? Well We have the right answers for you!

Getting to that right Netflix show or series could be one hell of a task. It might also happen that you pass the right show and get away after reading its name. So we made sure that we pass the experts choice over to you.

No one could have imagined a TV show so good like this one. The show is about a suburban mom mutating into the dead, which pretty much took us off the edge. Drew Barrymore and Timothy Olyphant are the leads whose chemistry spell bounded everyone.

Tuca & Bertie is among the best shows that Netflix has to offer. Though the count of 10 episodes is quite less, the show still manages to maintain its fan following.

The story is hilarious, warming, eternal and what not! The story pictures thirty-something birdies finding themselves in adulthood and is super special.

Ali Wong, Tiffany Haddish, and Steven Yeun leave no stone unturned through their unique visuals and dialogues that took this animated comedy to a next level.

Starry performances by Justice Smith, Shameik Moore, Herizen Guardiola, and an excellent supporting cast make the show take a historic transformation into a visceral experience. The series is worth a watch for the out of the world imaginations of the creators.

Neo Yokio, is a weird Netflix Show with a delighting feel. The show reflects great creativity of its makers Ezra Koenig. Check out the highs and lows of a pink haired-weird creature named Kaz Kaan.

The OA train is one mystery that needs to be watched and we must not spoil the thrill by telling it all.

An insight of a young woman’s life (played by series’ creator Brit Marling) after been missing for seven years, is all OA train is about. The thrill is in the story as she was blind before and could see after reappearing. Now you decide how to keep your curiosity silent!

The End of the F***ing World has scored far more than the teen road trip. Leads being Alex Lawther and Jessica Barden as star-crossed somethings James and Alyssa, this show has a great timing for humor, emotion, and a cool soundtrack to add on a great effect.

Science fiction like this can create histories and break record. Sense 8 is one of a kind show and has thrilling side to it.

This show brings out a story of “sensates” (people emotionally and psychologically linked to one another). The story represents human connection and literally gave goosebumps to its viewers. The show ended after two seasons and fans wished they could get more of Sense8.

The show seems to be obsessed with 90s and brought a perfect representation of insecurities and joys in the lives of kids.

Derry Girls is a sitcom that represents trust, friendship and how these two factors influence growth. It is a perfect combination of humor along with fear and confusion that is usually witnessed in the real life. The show lays emphasis on the friendship and trust of four catholic school girls.

The story about a red panda fighting against all the odds and finding herself is cute and worth giving time. See how she faces every day issues at her job and heart wrecking dating prospects.

Her rescue is secret singing at death metal karaoke at night. Go watch to crack that rescue!

Watch this anthology series getting into in depth intimacy in modern Chicago. The series is all about love, loss and immense kindness.

The third amazing season of ON My Block is going on and it is the right time to binge watch it. The show is about a real time fun story of growing teens in inner city Los Angeles. The lives of four friends Monse (Sierra Capri), Cesar (Diego Tinoco), Ruby (Jason Genao), and Jamal (Brett Gray) is represented in an interesting manner.

Netflix announced a second season of Raising Dion. And we are all set to follow this season. It is a show about raising Dion while dealing with his dad’s death. In the midst of the super powers he possesses, his mother seeks his protection. Starring Nicole (Alisha Wainwright) and Dion (Ja’Siah Young) & Mark (Michael B. Jordan), the series is a must watch.